No matter how much you love where you live, sometimes you feel the need for a change, even just for a couple of nights. For us this means getting out of the city, being in a car with friends, going for a hike or two, playing jazz music on the way to dinner and laughing just that little bit more than the usual. 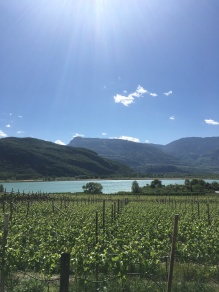 Kaltern is found at the southern tip of South Tyrol, a northern province of Italy best known for the beautiful mixture of languages spoken there, an abundance of vineyards under sunny skies, and subsequently – great wine. The area’s main lake Kalterersee is another reason people travel to the area, along with the surrounding mountainous areas fit for hiking and biking.

We were looking for somewhere to hike at the end of April and many of the go-to hiking areas were still in the depths of winter. Kaltern seemed like a safe bet for hiking without it being covered in snow (more on that later), so we booked a hotel and headed south. Even the drive to this part of Italy is picturesque and from Munich took us around 3 and a half hours.

We stayed at the wonderful family run hotel Lamberthof, which was nestled up on the mountain side above Auer and just a little further than Montan. Aside from wine the region is also famous for its apples, and this was the produce of choice of the hotel owners. With an apple orchard on the grounds, you drove into the hotel along a wall of beautiful white blossom, and the apple juice at breakfast was on point. Quiet and peaceful, along with amazing views from the balcony over the valley, considering we had booked 4 days prior to arriving, we’d done incredibly well. 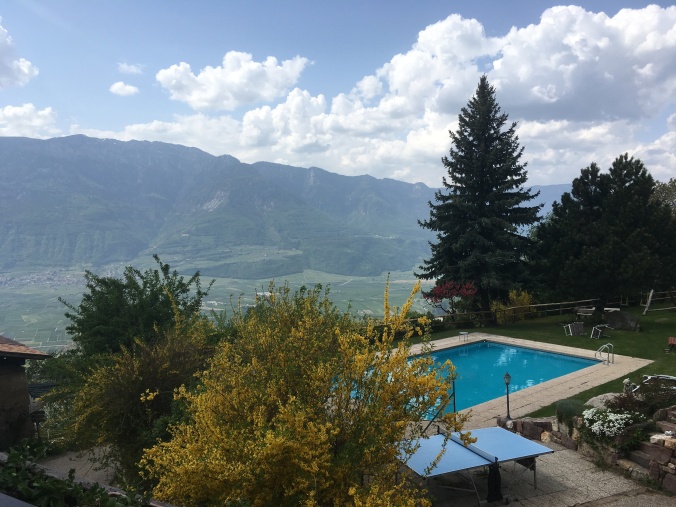 It was only 2 nights but we managed to cram a lot in, so here’s what we got up to…

First stop on arrival – pizza. It doesn’t seem to matter where you go in this area (and this is a theory tried and tested in several establishments over the weekend) the pizza is GREAT. Truffle cream on a pizza…need I say more? 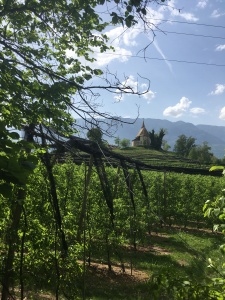 There are worse places to be walking in the wrong direction.

After refueling we were ready for a little hike and decided to give the ‘Katzenleiter‘ a go. We started from the car park ‘Schwarzenbach’, but there are a few walking routes that start here, and the signs weren’t the most prevalent, so we walked some way in the opposite direction before finding it. When its this pretty everywhere you look though, being lost isn’t all that bad.

Once on the right trail we began the ascent, which is primarily made up of steps. This isn’t everyone’s cup of tea but the views are stunning and it was a great warm up for the longer hike we were planning on the next day. There are lots of look out points along the way and we were treated to stunning views over the neighbouring waterfall and the town of Auer. 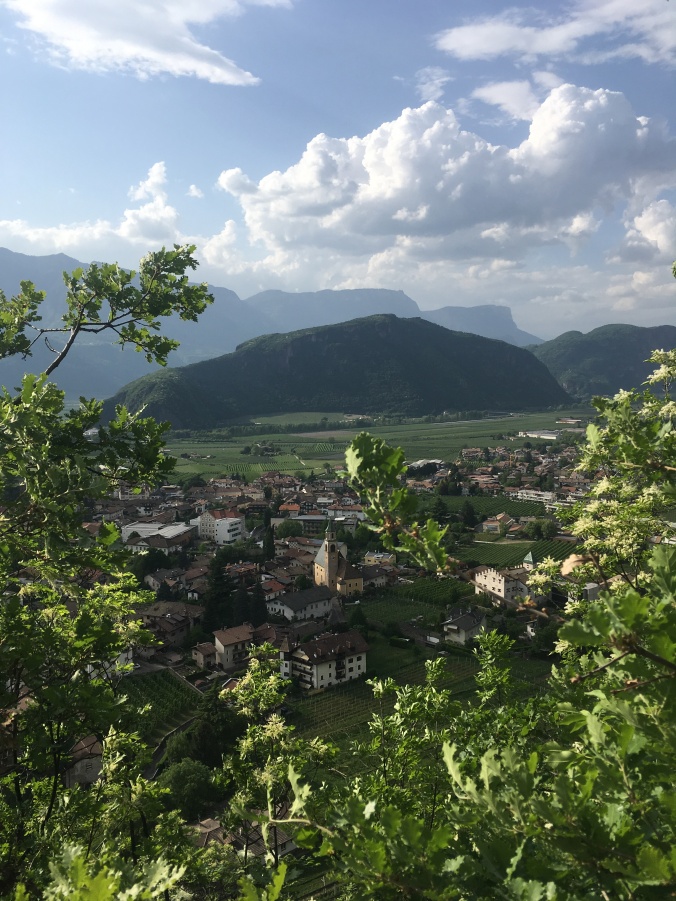 An evening in Kaltern

We didn’t spend a lot of time in Kaltern itself but we did head there for dinner one evening. Serious about their local produce there is a wine museum and plenty of festivities throughout the year for its appreciation. We went for a wander through the narrow streets and to the small but bustling market square, filled with happy customers enjoying the terraces of several restaurants and cafes. 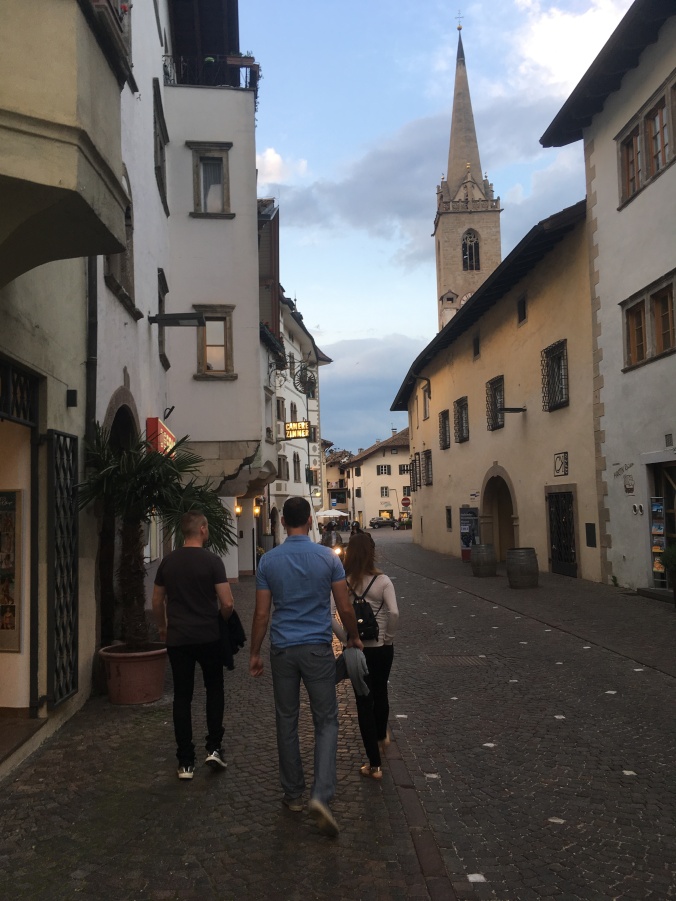 Tip: The starting point of many hikes on the Mendel Pass can be reached by car or with the cable car if steep winding roads aren’t your thing.

Day 2 began with a very steep and long drive, to the starting point of our hike on the Mendel Pass. There is also a cable car that runs from Kaltern up to the Mendel Pass and this is the steepest and longest continuous cable car in Europe according to the website, which gives you a indication of how high up it is.

The goal we set out to reach was Roen (2116m) and having driven up the mountain we would climb around a further 750m. As it turned out, our assumptions regarding the snow had been incorrect, there was still a fair amount of snow along the way, and the final part of the climb was simply covered. 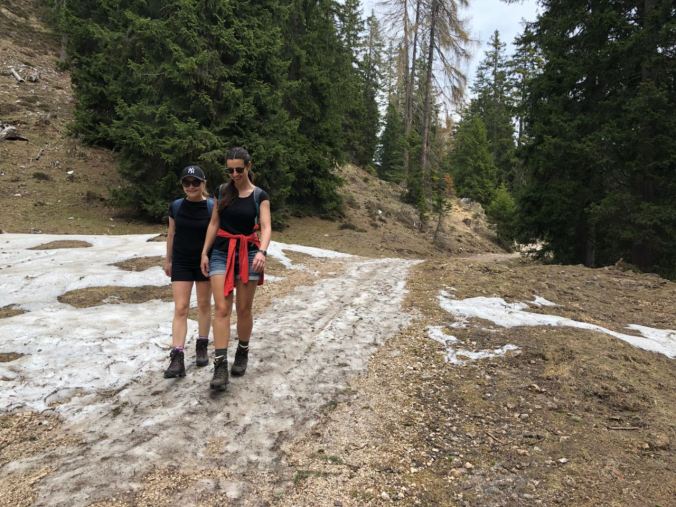 Not willing to turn around without reaching an end point with a view, we decided to head towards Paterkopf (1856m). This was a path less traveled, and we had to pick our own way through the trees, on a slope that was steeper than anything I have ever climbed before. Without a path to follow, and the goal hidden by the incline and tree trunks, motivation began to dwindle. As is always the way on a hike however, Felix wasn’t leaving us behind, and the views at the top made it all worth it. Full disclosure, it may also have been the sache torte on the way down that made it worth it, that and the beer served in wine glasses which blew the Bavarian’s minds. 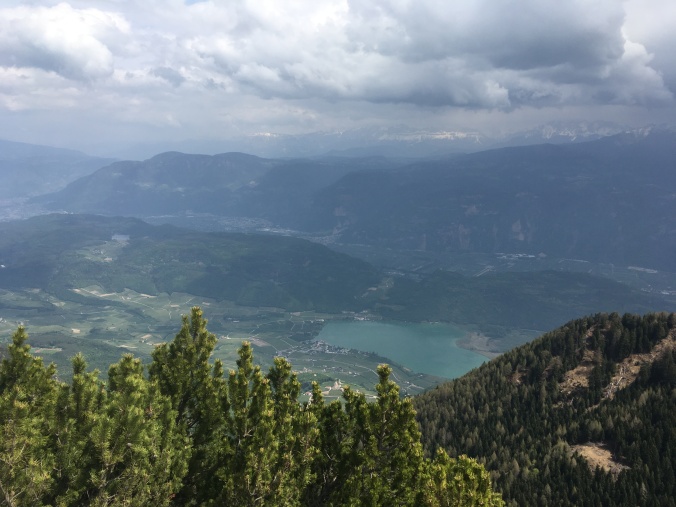 The hike we did took approx. 5 hours in total (including sache torte) and this website is pretty helpful if you’re thinking of walking in the area. 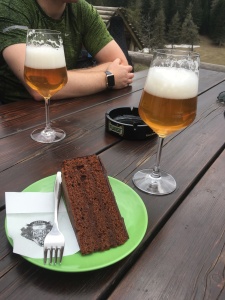 We stopped at Lake Kaltern on the way home, where we met some of Felix’s family who by coincidence were in the area on the same weekend. On one side of the lake is a large car park and an area that is quite beach like, with cafes and changing areas, leading down to the lake. A bit of swimming of stand up paddling would have been on the cards but it started to rain and it turned out we were pretty done from the hike, so we ate ice cream instead. In my opinion the best choice not just in this situation, but indeed any situation.

The sun was once again shining for our final day, as we headed to a couple of the local wineries (Kellereien). We tasted wine in the most beautiful surroundings and took just a few bottles home (read: we had to rearrange the boot to get them in). 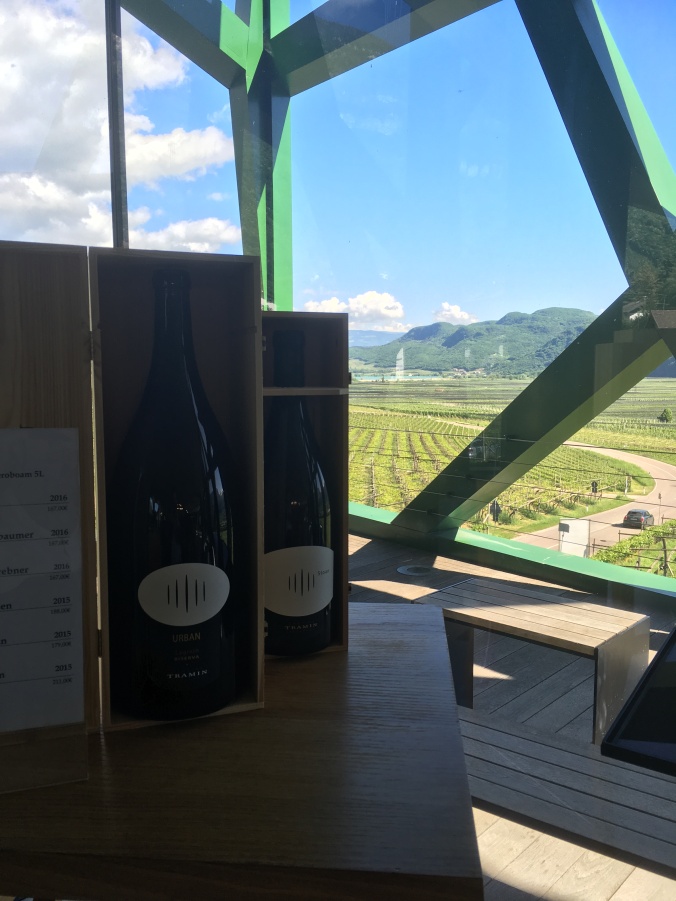 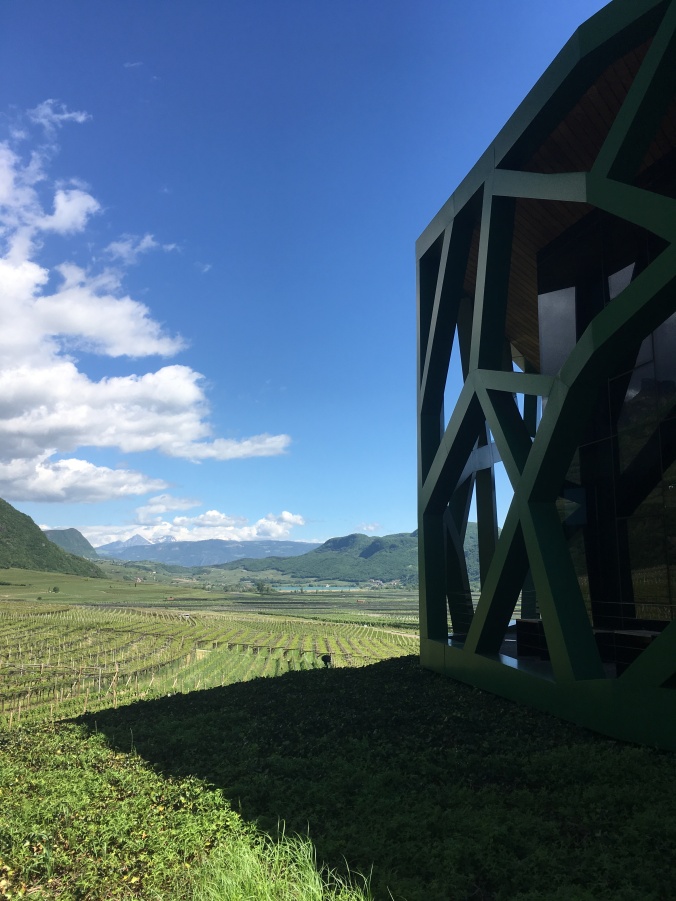 Before heading back to Munich we stopped for a walk around the slightly smaller Montiggler lake. With just a couple of restaurants at the water’s edge this lake doesn’t have the beach vibe that Kaltern has and has a feeling of being natural and unspoiled. We took a walk along the path that runs around the lake and the trip ended with pasta for lunch, and an aperol spritz, just as any good trip to Italy should. 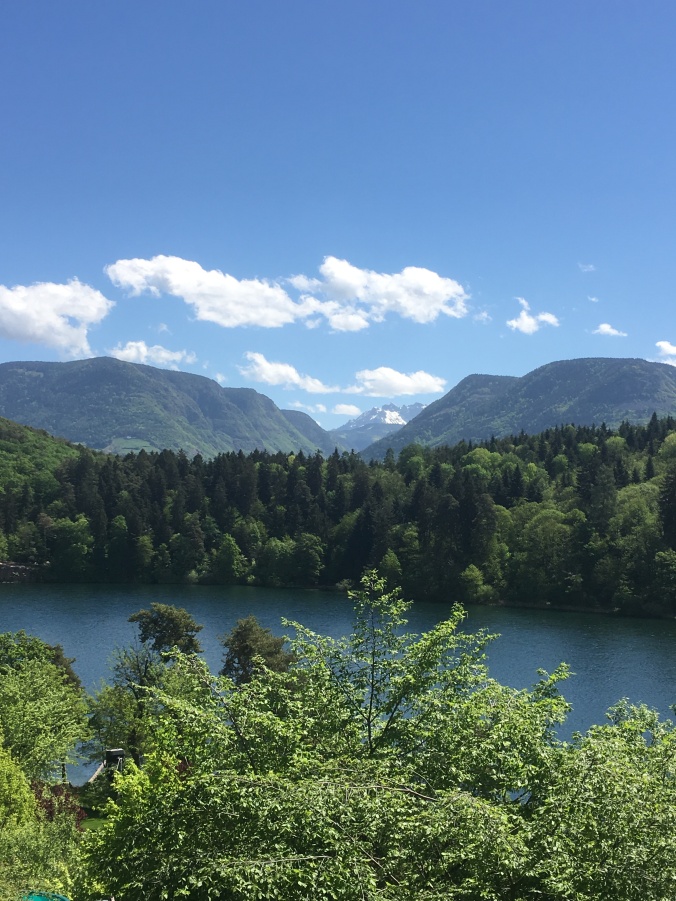