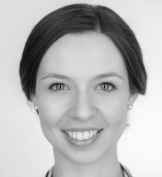 In January 2012 I had graduated from a linguistics degree in the UK, and was feeling a little lost, so I moved to Munich for 2 months to give learning the German language a go. This stay was extended, little by little, until I’d been in Munich for several years and I’ve now been here for almost 7. So that’s going well.

During this time I have; worked in an Irish bar, learned a language, built a network, managed events, traveled both near and far, designed a kitchen, fallen for hnm home, and when I think about it, a whole lot more.

I’ve been telling stories on instagram for a while so I’m going to give written stories and accounts a go. Some of the above are ongoing projects so I’ll start with them, and see where this takes me.